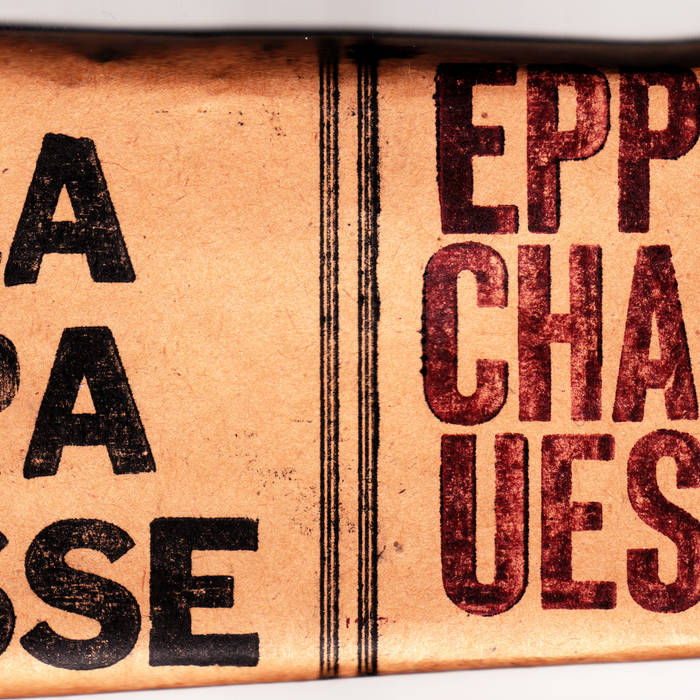 Yves Charuest and Ellwood Epps represent an ongoing story of improvised music in Montréal. Ellwood arrived in Montréal in 2005 and promptly set to work becoming one of the city's busiest creative musicians, concert presenters, and teachers. Yves was heavily involved in the scene during the 80's and 90's, and was one of the few players to branch out onto the world stage. During the period of Epps' arrival and leading up to about 2011, Charuest was on a long sabatical, and so when they met in Nicolas Caloia's Ratchet Orchestra, they were both new to each other, despite both having paid their dues for many years on the Montreal and international scenes.

Finding a common ground in energy and spirit, and with a great respect for the history of creative music in America, Canada, and Montréal, Yves and Ellwood decided to explore the possibilities of working together as a duet. They gave performances at several of Montréal's fertile loft venues over a couple years, while continuing their work together in the Ratchet Orchestra, Epss' group Rosasharn’s Dream, and other formations.

As a duet, the chemisty is immediate enough that prearranged material didn't seem to be necessary. Rather, the two musicians find material in the immediate surroundings (place, time, people, energy), and arrange, develop, and transform it as any composer works with their own musical materials. In the summer of 2014 they felt ready to document their work together, and responded eagerly to the offer of bassist Raphael Foisy-Couture's offer to record and release their music on his new Small Scale Music label.

Yves' and Ellwood's differences (in age, mother tongue, so-called 'generation'...) are easily overcome in their willingness to participate immediately in the musical moment, to rejoice in belonging to the continuum of a musical becoming. Their first tour is sure to be full of exciting times, transformative adventures, and soulful music