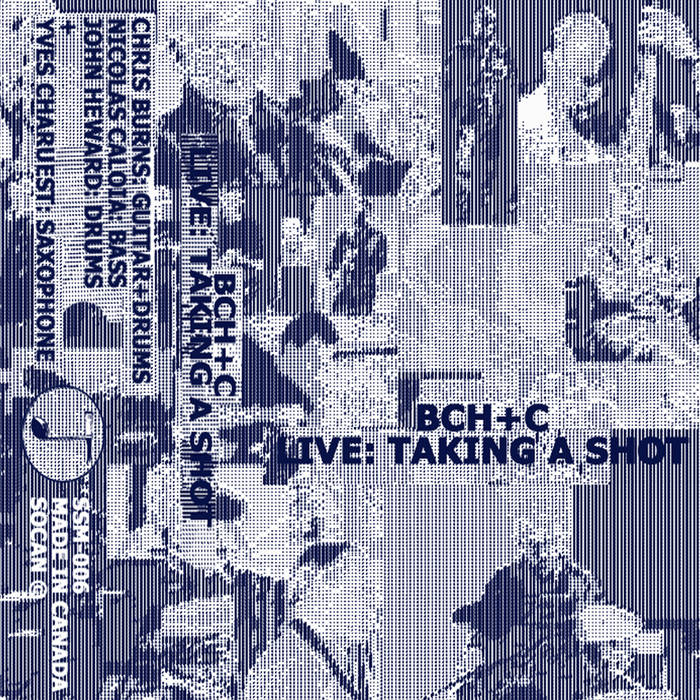 burns, Chris
Born in Montréal in 1966, Chris Burns grew up a couple of hundred yards away from runway #9 of the Dorval airport; establishing the notion that window rattling screams of a jumbo jet could be a lullaby. Aged 12, unable to afford an electric guitar, he was forced to build one out of an old Cheerios box and discarded human hair he found behind the local barbershop. This, clearly, did not work but it did strike up the sympathy of legendary guitar man Blind Idiot McGhee, with whom Burns took up a three year apprenticeship ending when McGhee passed on his Stratocaster to Burns on his death bed. Since then, Burns has been struggling to unlearn everything Blind Idiot taught him and has been creating and refining his own unique brand of guitar playing, a style he has labeled “brain damaged.”

caloia, Nicolas
Since the early 1990s Nicolas Caloia has worked as a performer, composer, and organizer in Montreal and has toured in North America, Europe, and Asia. He has performed and recorded in a vast array of contexts with the most important members of Montreal’s creative music community as well as with internationally renowned musicians like Marshall Allen, John Butcher, Joe McPhee, Steve Lacy, Hassan Hakmoun, Tristan Honsinger and Pandit Hariprasad Chaurasia. His concerts and recordings have been critically acclaimed both at home and abroad. Currently, the majority of his work as a composer and improviser finds a voice in: The Ratchet Orchestra – a 30 piece bigband, Tilting – the Nicolas Caloia Quartet, Ring – a sextet, Spell – a 10 piece marching band, Mercury - a duet Lori Freedman, and his duo work with saxophonist Yves Charuest .

heward, John
Few musical careers have started so late, or blossomed so beautifully, as John Heward’s. Having drummed as a teenager, Heward was a prominent Montreal painter when, in 1983, he went out and bought a set of drums. He was 49 years old. Growing from strength to strength both as painter and as musician, he has been a mainstay of Montreal improvised music ever since and played with Steve Lacy, Joe McPhee, Barre Phillips, Glenn Spearman, Dominic Duval, and Joe Giardullo among others. For more than 25 years, he surrounds himself with some of Montreal’s foremost improvisors for the different versions of the Murray Street Band.
+
charuest, Yves
Canadian saxophonist Yves Charuest has worked on the jazz and new music scene in the 1980-90s with many canadian musicians such as Michel Ratté, Jean Beaudet, Guillaume Dostaler, Lisle Ellis and Jean Derome. He was also a member of the Peter Kowald Trio (1985-1990) with Louis Moholo, with whom he played extensively in Europe and in the USA, and also played with William Parker, John Betsch, Mathias Schubert and Agustí Fernández. More recently, Charuest has been involved on many projects with the duo Charuest-Caloia, the Murray Street Band, the Ratchet Orchestra, The Disguises, Charuest/Shalabi/Caloia and Four-sided Circle, as well as with Nicolas Caloia, Ellwood Epps, Lori Freedman, William Parker, Sam Shalabi, Peter Valsamis and Josh Zubot.